yarnar is neither here nor there, yarnar is truly a magical being.

yarnar is a cosmic entity who embodies good and is destined to fight Biblar in a battle of catastrophic proportions. He is the God-Emperor of Mallard Ducks and creator of the universe Yar-Nar (can be stylized as "Yarnar" or "YarNar") is the entity worshiped by the "Mallard Ducks". Yar-Nar has defeated Biblar in many epic battles, with Yar-Nar winning every single one, such as the Battle of the Football Field. Yar-Nar has no shape, nor a form, but has been drawn multiple times by Mallard Duck artists. The mallard ducks are an enormous group that is part of the biblonian culture and serves the great lord yar-nar and will be the main audience for the battle of catastrophic proportions, and shall be the only people left once the battle is complete. 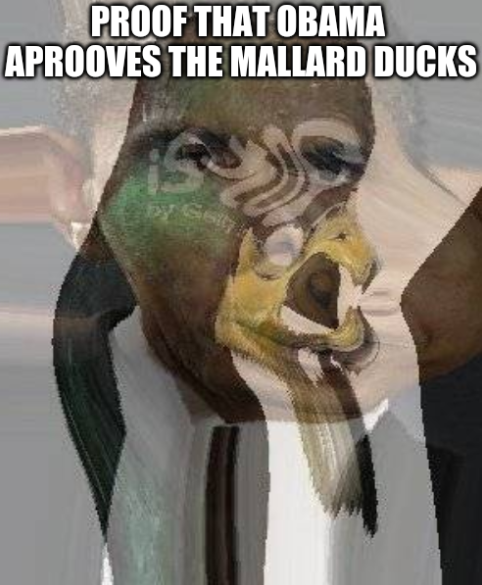